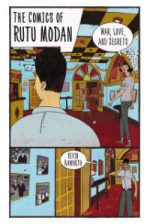 The Comics of Rutu Modan: War, Love, and Secrets

„Best known for her Eisner Award-winning graphic novels, Exit Wounds and The Property, Rutu Modan’s richly colored compositions invite readers into complex Israeli society, opening up a world too often defined only by news headlines. Her strong female protagonists stick out in a comics scene still too dominated by men, as she combines a mystery novelist’s plotting with a memoirist’s insights into psychology and trauma.
The Comics of Rutu Modan: War, Love, and Secrets conducts a close reading of her work and examines her role in creating a comics arts scene in Israel. Drawing upon archival research, Kevin Haworth traces the history of Israeli comics from its beginning as 1930s cheap children’s stories, through the counterculture movement of the 1970s, to the burst of creativity that began in the 1990s and continues full force today.
Based on new interviews with Modan (b. 1966) and other comics artists, Haworth indicates the key role of Actus Tragicus, the collective that changed Israeli comics forever and launched her career. Haworth shows how Modan’s work grew from experimental mini-comics to critically acclaimed graphic novels, delving into the creative process behind Exit Wounds and The Property. He analyzes how the recurring themes of family secrets and absence weave through her stories, and how she adapts the famous clear line illustration style to her morally complex tales.“ 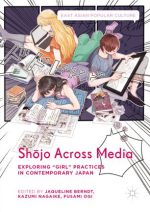 „Since the 2000s, the Japanese word shōjo has gained global currency, accompanying the transcultural spread of other popular Japanese media such as manga and anime. The term refers to both a character type specifically, as well as commercial genres marketed to female audiences more generally. Through its diverse chapters this edited collection introduces the two main currents of shōjo research: on the one hand, historical investigations of Japan’s modern girl culture and its representations, informed by Japanese-studies and gender-studies concerns; on the other hand, explorations of the transcultural performativity of shōjo as a crafted concept and affect-prone code, shaped by media studies, genre theory, and fan-culture research.
While acknowledging that shōjo has mediated multiple discourses throughout the twentieth century—discourses on Japan and its modernity, consumption and consumerism, non-hegemonic gender, and also technology—this volume shifts the focus to shōjo mediations, stretching from media by and for actual girls, to shōjo as media. As a result, the Japan-derived concept, while still situated, begins to offer possibilities for broader conceptualizations of girlness within the contemporary global digital mediascape.“ 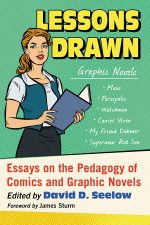 Lessons Drawn: Essays on the Pedagogy of Comics and Graphic Novels

„Imagine a classroom where students put away their smart phones and enthusiastically participate in learning activities that unleash creativity and refine critical thinking. Students today live and learn in a transmedia environment that demands multi-modal writing skills and multiple literacies. This collection brings together 17 new essays on using comics and graphic novels to provide both a learning framework and hands-on strategies that transform students’ learning experiences through literary forms they respond to.“ 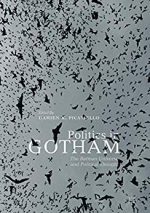 Politics in Gotham: The Batman Universe and Political Thought

„In Politics in Gotham, scholars from a variety of fields—political science, philosophy, law, and others—provide answers to the question: “What does Batman have to do with politics?” Contributors use the Batman canon, from the comics to the feature films, to explore a broad range of issues in politics and political thought. What can Batman’s role in Gotham City teach us about democracy? How do Batman’s vigilantism and his violence fit within a society committed to the rule of law? What’s the relationship between politics in Gotham and politics in our own communities? From Machiavelli to the fake news phenomenon, this book provides a compelling introduction to the politics behind one of the world’s most enduring pop culture figures.“ 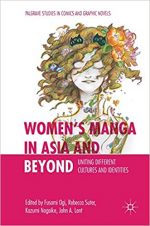 Women’s Manga in Asia and Beyond: Uniting Different Cultures and Identities

„Women’s Manga in Asia and Beyond offers a variety of perspectives on women’s manga and the nature, scope, and significance of the relationship between women and comics/manga, both globally as well as locally. Based on the activities since 2009 of the Women’s MANGA Research Project in Asia (WMRPA), the edited volume elucidates social and historical aspects of the Asian wave of manga from ever-broader perspectives of transnationalization and glocalization. With a specific focus on women’s direct roles in manga creation, it illustrates how the globalization of manga has united different cultures and identities, focusing on networks of women creators and readerships.
Taking an Asian regional approach combined with investigations of non-Asian cultures which have felt manga’s impact, the book details manga’s shift to a global medium, developing, uniting, and involving increasing numbers of participants worldwide. Unveiling diverse Asian identities and showing ways to unite them, the contributors to this volume recognize the overlaps and unique trends that emerge as a result.“