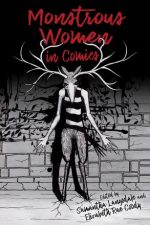 „Monsters seem to be everywhere these days, in popular shows on television, in award-winning novels, and again and again in Hollywood blockbusters. They are figures that lurk in the margins and so, by contrast, help to illuminate the center—the embodiment of abnormality that summons the definition of normalcy by virtue of everything they are not.
Samantha Langsdale and Elizabeth Rae Coody’s edited volume explores the coding of woman as monstrous and how the monster as dangerously evocative of women/femininity/the female is exacerbated by the intersection of gender with sexuality, race, nationality, and disability. To analyze monstrous women is not only to examine comics, but also to witness how those constructions correspond to women’s real material experiences.
Each section takes a critical look at the cultural context surrounding varied monstrous voices: embodiment, maternity, childhood, power, and performance. Featured are essays on such comics as Faith, Monstress, Bitch Planet, and Batgirl and such characters as Harley Quinn and Wonder Woman.
This volume probes into the patriarchal contexts wherein men are assumed to be representative of the normative, universal subject, such that women frequently become monsters.
Contributions by Novia Shih-Shan Chen, Elizabeth Rae Coody, Keri Crist-Wagner, Sara Durazo-DeMoss, Charlotte Johanne Fabricius, Ayanni C. Hanna, Christina M. Knopf, Tomoko Kuribayashi, Samantha Langsdale, Jeannie Ludlow, Marcela Murillo, Sho Ogawa, Pauline J. Reynolds, Stefanie Snider, J. Richard Stevens, Justin Wigard, Daniel F. Yezbick, and Jing Zhang.“ 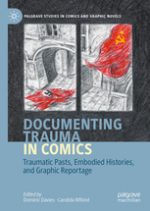 „Why are so many contemporary comics and graphic narratives written as memoirs or documentaries of traumatic events? Is there a specific relationship between the comics form and the documentation and reportage of trauma? How do the interpretive demands made on comics readers shape their relationships with traumatic events? And how does comics’ documentation of traumatic pasts operate across national borders and in different cultural, political, and politicised contexts?
The sixteen chapters and three comics included in Documenting Trauma in Comics set out to answer exactly these questions. Drawing on a range of historically and geographically expansive examples, the contributors bring their different perspectives to bear on the tangled and often fraught intersections between trauma studies, comics studies, and theories of documentary practices and processes. The result is a collection that shows how comics is not simply related to trauma, but a generative force that has become central to its remembrance, documentation, and study.“ 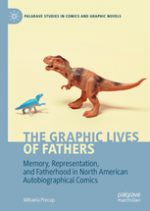 „This book explores the representation of fatherhood in contemporary North American autobiographical comics that depict paternal conduct from the post-war period up to the present. It offers equal space to autobiographical comics penned by daughters who represent their fathers’ complicated and often disappointing behavior, and to works by male cartoonists who depict and usually celebrate their own experiences as fathers. This book asks questions about how the desire to forgive or be forgiven can compromise the authors’ ethics or dictate style, considers the ownership of life stories whose subjects cannot or do not agree to be represented, and investigates the pervasive and complicated effects of dominant masculinities. By close reading these cartoonists’ complex strategies of (self-)representation, this volume also places photography and archival work alongside the problematic legacy of self-deprecation carried on from underground comics, and shows how the vocabulary of graphic narration can work with other media and at the intersection of various genres and modes to produce a valuable scrutiny of contemporary norms of fatherhood.“ 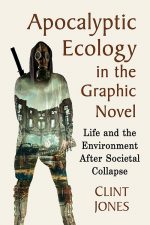 Apocalyptic Ecology in the Graphic Novel: Life and the Environment After Societal Collapse

„As awareness of climate change grows, so do the number of cultural depictions of environmental disaster. Graphic novels have reliably produced dramatizations of such disasters. Many use themes of dystopian hopefulness, or the enjoyment readers experience from seeing society prevail in times of apocalypse.
This book argues that these generally inspirational narratives contribute to a societal apathy for real-life environmental degradation.
By examining the narratives and art of the environmental apocalypse in contemporary graphic novels, the author stands against dystopian hope, arguing that the ways in which we experience depictions of apocalypse shape how we respond to real crises.“ 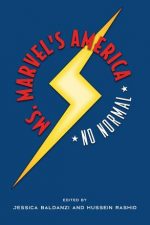 „Mainstream superheroes are becoming more and more diverse, with new identities for Spider-Man, Captain America, Thor, and Iron Man. Though the Marvel-verse is becoming much more racially, ethnically, and gender diverse, many of these comics remain shy about religion.
The new Ms. Marvel, Kamala Khan, is a notable exception, not only because she is written and conceived by two women, Sana Amanat and G. Willow Wilson, but also because both of these women bring their own experiences as Muslim Americans to the character.
This distinct collection brings together scholars from a range of disciplines including literature, cultural studies, religious studies, pedagogy, and communications to engage with a single character, exploring Khan’s significance for a broad readership. While acknowledged as the first Muslim superhero to headline her own series, her character appears well developed and multifaceted in many other ways. She is the first character to take over an established superhero persona, Ms. Marvel, without a reboot of the series or death of the original character. The teenager is also a second-generation immigrant, born to parents who arrived in New Jersey from Pakistan.
With essays from and about diverse voices on an array of topics from fashion to immigration history to fandom, this volume includes an exclusive interview with Ms. Marvel author and cocreator G. Willow Wilson by gender studies scholar Shabana Mir.
Contributions by José Alaniz, Jessica Baldanzi, Eric Berlatsky, Peter E. Carlson, Sika A. Dagbovie-Mullins, Antero Garcia, Aaron Kashtan, Winona Landis, A. David Lewis, Martin Lund, Shabana Mir, Kristin M. Peterson, Nicholaus Pumphrey, Hussein Rashid, and J. Richard Stevens.“ 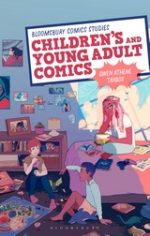 „A complete critical guide to the history, form and contexts of the genre, Children’s and Young Adult Comics helps readers explore how comics have engaged with one of their most crucial audiences.
In an accessible and easy-to-navigate format, the book covers such topics as

Children’s and Young Adult Comics includes a glossary of crucial critical terms and a lengthy resources section to help students and readers develop their understanding of these genres and pursue independent study.“