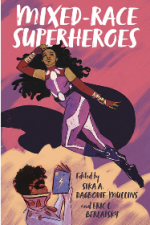 „American culture has long represented mixed-race identity in paradoxical terms. On the one hand, it has been associated with weakness, abnormality, impurity, transgression, shame, and various pathologies; however, it can also connote genetic superiority, exceptional beauty, and special potentiality. This ambivalence has found its way into superhero media, which runs the gamut from Ant-Man and the Wasp’s tragic mulatta villain Ghost to the cinematic depiction of Aquaman as a heroic ‚half-breed.‘
The essays in this collection contend with the multitude of ways that racial mixedness has been presented in superhero comics, films, television, and literature. They explore how superhero media positions mixed-race characters within a genre that has historically privileged racial purity and propagated images of white supremacy. The book considers such iconic heroes as Superman, Spider-Man, and The Hulk, alongside such lesser-studied characters as Valkyrie, Dr. Fate, and Steven Universe. Examining both literal and symbolic representations of racial mixing, this study interrogates how we might challenge and rewrite stereotypical narratives about mixed-race identity, both in superhero media and beyond.“ 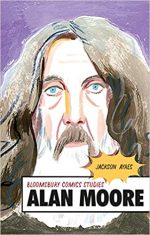 „A complete guide to the comics work of the writer Alan Moore, this book helps readers explore one of the genre’s most important, compelling and subversive writers. In an accessible and easy-to-navigate format, the book covers: Moore’s comics career – from his early work in 2000AD to his breakthrough graphic novels and his later battles with the industry; Moore’s major works – including Watchmen, V for Vendetta, Saga of the Swamp Thing and Promethea; key themes and contexts – from Moore’s subversion of the superhero genre and metafictional techniques to his creative collaborations and battles with the industry for creator control; and critical approaches to Moore’s work. The book includes a bibliography of critical work on Moore and discussion questions for classroom use.“ 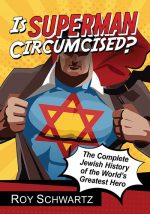 Is Superman Circumcised? The Complete Jewish History of the World’s Greatest Hero

„Superman is the original superhero, an American icon, and arguably the most famous character in the world—and he’s Jewish! Introduced in June 1938, the Man of Steel was created by two Jewish teens, Jerry Siegel, the son of immigrants from Eastern Europe, and Joe Shuster, an immigrant. They based their hero’s origin story on Moses, his strength on Samson, his mission on the golem, and his nebbish secret identity on themselves. They made him a refugee fleeing catastrophe on the eve of World War II and sent him to tear Nazi tanks apart nearly two years before the US joined the war. In the following decades, Superman’s mostly Jewish writers, artists, and editors continued to borrow Jewish motifs for their stories, basing Krypton’s past on Genesis and Exodus, its society on Jewish culture, the trial of Lex Luthor on Adolf Eichmann’s, and a future holiday celebrating Superman on Passover. A fascinating journey through comic book lore, American history, and Jewish tradition, this book examines the entirety of Superman’s career from 1938 to date, and is sure to give readers a newfound appreciation for the Mensch of Steel!“ 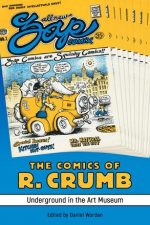 The Comics of R. Crumb: Underground in the Art Museum

„From his work on underground comix like Zap and Weirdo, to his cultural prominence, R. Crumb is one of the most renowned comics artists in the medium’s history. His work, beginning in the 1960s, ranges provocatively and controversially over major moments, tensions, and ideas in the late twentieth and early twenty-first centuries, from the counterculture and the emergence of the modern environmentalist movement, to racial politics and sexual liberation.
While Crumb’s early work refined the parodic, over-the-top, and sexually explicit styles we associate with underground comix, he also pioneered the comics memoir, through his own autobiographical and confessional comics, as well as in his collaborations. More recently, Crumb has turned to long-form, book-length works, such as his acclaimed Book of Genesis and Kafka. Over the long arc of his career, Crumb has shaped the conventions of underground and alternative comics, autobiographical comics, and the “graphic novel. ” And, through his involvement in music, animation, and documentary film projects, Crumb is a widely recognized persona, an artist who has defined the vocation of the cartoonist in a widely influential way.
The Comics of R. Crumb: Underground in the Art Museum is a groundbreaking collection on the work of a pioneer of underground comix and a fixture of comics culture. Ranging from art history and literary studies, to environmental studies and religious history, the essays included in this volume cast Crumb’s work as formally sophisticated and complex in its representations of gender, sexuality, race, politics, and history, while also charting Crumb’s role in underground comix and the ways in which his work has circulated in the art museum.“