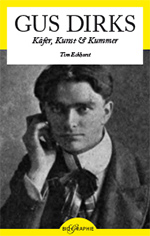 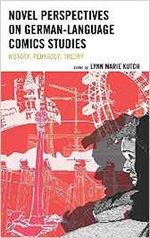 Lynn M. Kutch (ed.)
Rowman & Littlefield
300 pages
ISBN 978-1-4985-2622-7 (Hardcover)
~$ 95,00
June 2016
Publisher’s page
Novel Perspectives on German-Language Comics Studies: History, Pedagogy, Theory gathers an international team of contributors from two continents whose innovative scholarship demonstrates a regard for comics and graphic novels as works of art in their own right. The contributions serve as models for further research that will continue to define the relationship between comics and other traditional “high art” forms, such as literature and the visual arts. Novel Perspectives on German-Language Comics Studies is the first English-language anthology that focuses exclusively on the graphic texts of German-speaking countries. In its breadth, this book functions as an important resource in a limited pool of critical works on German-language comics and graphic novels. The individual chapters differ significantly from one another in methodology, subject matter, and style. Taken together, however, they present a cross-section of comics and graphic novel scholarship being performed in North America and Europe today. Moreover, they help to secure a place for these works in a globalized culture of comics. This volume’s contributors have helped create a new critical language within which this rapidly expanding medium can be read and interpreted. 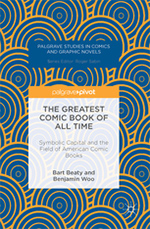 The Greatest Comic Book of All Time:
Symbolic Capital and the Field of American Comic Books 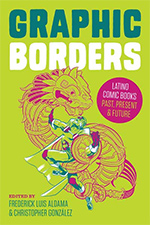 Frederick Luis Aldama and Christopher González (eds.)
University of Texas Press
316 pages
ISBN 978-1-4773-0915-5 (Paperback)
~$ 29,95
April 2016
Publisher’s page
Graphic Borders presents the most thorough exploration of comics by and about Latinos currently available. Thirteen essays and one interview by eminent and rising scholars of comics bring to life this exciting graphic genre that conveys the distinctive and wide-ranging experiences of Latinos in the United States. The contributors’ exhilarating excavations delve into the following areas: comics created by Latinos that push the boundaries of generic conventions; Latino comic book author-artists who complicate issues of race and gender through their careful reconfigurations of the body; comic strips; Latino superheroes in mainstream comics; and the complex ways that Latino superheroes are created and consumed within larger popular cultural trends. Taken as a whole, the book unveils the resplendent riches of comics by and about Latinos and proves that there are no limits to the ways in which Latinos can be represented and imagined in the world of comics. 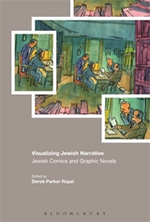 Derek Parker Royal (ed.)
Bloomsbury Academy
320 pages
ISBN: 9-781-4742-4881-5 (Hardcover)
~ £64,99
May 2016
Publisher’s page
Examining a wide range of comics and graphic novels – including works by creators such as Will Eisner, Leela Corman, Neil Gaiman, Art Spiegelman, Sarah Glidden and Joe Sacco – this book explores how comics writers and artists have tackled major issues of Jewish identity and culture. With chapters written by leading and emerging scholars in contemporary comic book studies, Visualizing Jewish Narrative highlights the ways in which Jewish comics have handled such topics as: Biography, autobiography, and Jewish identity; Gender and sexuality; Genre – from superheroes to comedy; The Holocaust; The Israel-Palestine conflict; Sources in the Hebrew Bible and Jewish myth. 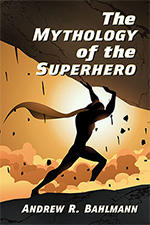 The Mythology of the Superhero

Andrew R. Bahlmann
Mc Farland
216 pages
ISBN 978-1-4766-6248-0 (Paperback)
~$ 35,00
April 2016
Publisher’s page
Superheroes have been an integral part of popular society for decades and have given rise to a collective mythology familiar in popular culture worldwide. Though scholars and fans have recognized and commented on this mythology, its structure has gone largely unexplored. This book provides a model and lexicon for identifying the superhero mythos. The author examines the myth in several narratives—including Buffy the Vampire Slayer, Green Arrow and Beowulf—and discusses such diverse characters as Batman, Wolverine, Invincible and John Constantine.