As of April 27, 2017, ComFor has elected a new Managing Committee for the next two years.

After four and a half years, Dr. Catherine Michel and Dr. Felix Giesa had decided to conclude their tenures. Both our colleagues have supported and contributed to the reform of ComFor, newly founded as a public society in 2014, as well as to the decisive expansion of ComFor’s projects and services during that time. All of ComFor’s members owe them a great debt of gratitude; Stephan Packard, their colleague in the steering committee, would like to extend his special thanks for the productive and friendly work we did together. 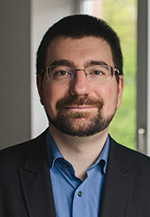 Prof. Dr. Stephan Packard joined ComFor in 2008 and has been its President since its new establishment as a public society in 2012. He organised and edited several of the society’s conferences and publications. He is a founding member of the Committee for Comics Studies at the German Society for Media Studies (GfM) as well as a Consultative Committee Member for the journal European Comic Art. His PhD thesis Anatomie des Comics was published in 2006. Further research interests include transmedia narratology, political uses of comics and other media, and the study of censorship. Packard holds the Professorship for „Popular Culture and Its Theory“ at Cologne University. Read more at his ComFor-profile page. 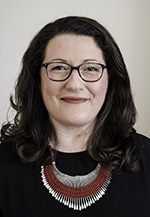 Dr. Véronique Sina has been a member of ComFor since July 2010. She is a media studies scholar at the University of Cologne and specialises in Gender and Queer Studies, Intersectionality, Intermediality, and Identity Studies. She received her Bachelor and Master of Arts degrees as well as her PhD at Ruhr University Bochum. Her dissertation at the Department of Media Studies was published as Comic – Film – Gender. The (Re-)Mediation of Gender in Comic Book Movies (transcript, 2016). She is Co-Founder of the Committee for Comic Studies (AG Comicforschung) of the German Society for Media Studies (GfM), for which she also serves as Chairwoman and as organizer of numerous workshops and events. For ComFor, she appears in 2018 as a co-organizer of the 13th Annual Conference on comics studies, on „Spaces Between – Gender, Diversity and Identity in Comics“. More information at her ComFor-profile page. 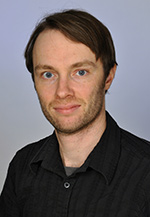 Dr. Lukas R.A. Wilde has been a member of ComFor since September 2012, and he has been coordinating ComFor’s editorial work online ever since: ComFor’s homepage underwent a major transformation during this time, and ComFor’s online magazine has become a steadily growing contact point and a source of information on conferences, publications, CfPs and other news from our field. In this context, Lukas Wilde also manages ComFor’s mailing list and the online profiles of its members. He is a media studies scholar at the University of Tübingen, where he received his PhD in 2017 through a dissertation on the ‚mangaization‘ of Japanese public spaces and the implementation of transmedial ‚characters‘ (kyara) within functional communication (Im Reich der Figuren, Cologne 2018). Together with Vanessa Ossa and Jan-Noël Thon, he will organize ComFor’s planned 15th Annual Conference in 2020 on „Comic/Mediation: Actors, Participation, and the Public“. Read more at his ComFor-profile page.