“Peanuts creator Charles M. Schulz insisted good ol’ Charlie Brown and his friends were neither “great art” nor “significant.” Yet Schulz’s acclaimed daily comic strip—syndicated in thousands of newspapers over five decades—brilliantly mirrored tensions in American society during the second half of the 20th century.
Focusing on the strip’s Cold War roots, this collection of new essays explores existentialism, the reshaping of the nuclear family, the Civil Rights Movement, 1960s counterculture, feminism, psychiatry and fear of the bomb. Chapters focus on the development of Lucy, Peppermint Patty, Schroeder, Franklin, Shermy, Snoopy and the other characters that became American icons.” 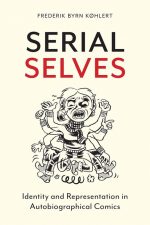 “Autobiography is one of the most dynamic and quickly-growing genres in contemporary comics and graphic narratives. In Serial Selves, Frederik Byrn Køhlert examines the genre’s potential for representing lives and perspectives that have been socially marginalized or excluded. With a focus on the comics form’s ability to produce alternative and challenging autobiographical narratives, thematic chapters investigate the work of artists writing from perspectives of marginality including gender, sexuality, disability, and race, as well as trauma. Interdisciplinary in scope and attuned to theories and methods from both literary and visual studies, the book provides detailed formal analysis to show that the highly personal and hand-drawn aesthetics of comics can help artists push against established narrative and visual conventions, and in the process invent new ways of seeing and being seen.
As the first comparative study of how comics artists from a wide range of backgrounds use the form to write and draw themselves into cultural visibility, Serial Selves will be of interest to anyone interested in the current boom in autobiographical comics, as well as issues of representation in comics and visual culture more broadly.” 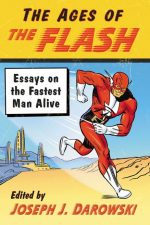 The Ages of The Flash: Essays on the Fastest Man Alive

“While many American superheroes have multiple powers and complex gadgets, the Flash is simply fast. This simplicity makes his character easily comprehendible for all audiences, whether they are avid comic fans or newcomers to the genre, and in turn he has become one of the most iconic figures in the comic-book industry. This collection of new essays serves as a stepping-stone to an even greater understanding of the Flash, examining various iterations of his character—including those of Jay Garrick, Barry Allen, Wally West and Bart Allen—and what they reveal about the era in which they were written.” 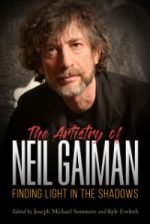 The Artistry of Neil Gaiman: Finding Light in the Shadows

“Neil Gaiman (b. 1960) reigns as one of the most critically decorated and popular authors of the last fifty years. Perhaps best known as the writer of the Harvey, Eisner, and World Fantasy-award winning series The Sandman, Gaiman quickly became equally renowned in literary circles for Neverwhere, Coraline, and award-winning American Gods, as well as the Newbery and Carnegie Medal-winning The Graveyard Book. For adults, children, comics readers, and viewers of the BBC’s Doctor Who, Gaiman’s writing has crossed the borders of virtually all media, making him a celebrity around the world.
Despite Gaiman’s incredible contributions to comics, his work remains underrepresented in sustained fashion in comics studies. The thirteen essays and two interviews with Gaiman and his frequent collaborator, artist P. Craig Russell, examine the work of Gaiman and his many illustrators. The essays discuss Gaiman’s oeuvre regarding the qualities that make his work unique in his eschewing of typical categories, his proclamations to “make good art,” and his own constant efforts to do so however the genres and audiences may slip into one another.
The Artistry of Neil Gaiman forms a complicated picture of a man who always seems fully assembled virtually from the start of his career, but only came to feel comfortable in his own voice far later in life. “