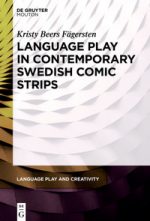 “This book focuses on the unexplored context of contemporary Swedish comic strips as sites of innovative linguistic practices, where humor is derived from language play and creativity, often drawing from English and other European languages as well as social and regional dialects of Swedish. The overall purpose of the book is to highlight linguistic playfulness in Swedish comic strips, as an example of practices as yet unobserved and unaccounted for in theories of linguistic humor as applied to comics scholarship.
The book familiarizes the reader with the Swedish language and linguistic culture as well as contemporary Swedish comic strips, with chapters focusing on specific strategies of language play and linguistic humor, such as mocking Swedish dialects and Swedish-accented foreign language usage, invoking English language popular culture, swearing in multiple languages, and turn-final code-switching to English to signal the punchline.
The book will appeal to readers interested in humor, comics, or how linguistic innovation, language play, and language contact each can further the modern development of language, exemplified by the case of Swedish.” 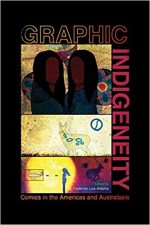 Graphic Indigeneity: Comics in the Americas and Australasia *

“Cultural works by and about Indigenous identities, histories, and experiences circulate far and wide. However, not all films, animation, television shows, and comic books lead to a nuanced understanding of Indigenous realities.
Acclaimed comics scholar Frederick Luis Aldama shines light on how mainstream comics have clumsily distilled and reconstructed Indigenous identities and experiences. He and contributors emphasize how Indigenous comic artists are themselves clearing new visual-verbal narrative spaces for articulating more complex histories, cultures, experiences, and narratives of self.
To that end, Aldama brings together scholarship that explores both the representation and misrepresentation of Indigenous subjects and experiences as well as research that analyzes and highlights the extraordinary work of Indigenous comic artists. Among others, the book examines Daniel Parada’s Zotz, Puerto Rican comics Turey el Taíno and La Borinqueña, and Moonshot: The Indigenous Comics Collection.
This volume’s wide-armed embrace of comics by and about Indigenous peoples of the Americas and Australasia is a first step to understanding how the histories of colonial and imperial domination connect the violent wounds that still haunt across continents. Aldama and contributors resound this message: Indigeneity in comics is an important, powerful force within our visual-verbal narrative arts writ large.” 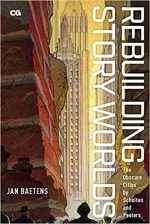 Rebuilding Story Worlds: The Obscure Cities by Schuiten and Peeters

“A collaboration between Belgian artist François Schuiten and French writer Benoît Peeters, The Obscure Cities is one of the few comics series to achieve massive popularity while remaining highly experimental in form and content. Set in a parallel world, full of architecturally distinctive city-states, The Obscure Cities also represents one of the most impressive pieces of world-building in any form of literature.
Rebuilding Story Worlds offers the first full-length study of this seminal series, exploring both the artistic traditions from which it emerges and the innovative ways it plays with genre, gender, and urban space. Comics scholar Jan Baetens examines how Schuiten’s work as an architectural designer informs the series’ concerns with the preservation of historic buildings. He also includes an original interview with Peeters, which reveals how poststructuralist critical theory influenced their construction of a rhizomatic fictional world, one which has made space for fan contributions through the Alta Plana website.
Synthesizing cutting-edge approaches from both literary and visual studies, Rebuilding Story Worlds will give readers a new appreciation for both the aesthetic ingenuity of The Obscure Cities and its nuanced conception of politics.” 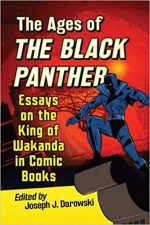 The Ages of the Black Panther: Essays on the King of Wakanda in Comic Books *

“Black Panther was the first black superhero in mainstream comic books, and his most iconic adventures are analyzed here. This collection of new essays explores Black Panther’s place in the Marvel universe, focusing on the comic books. With topics ranging from the impact apartheid and the Black Panther Party had on the comic to theories of gender and animist imagery, these essays analyze individual storylines and situate them within the socio-cultural framework of the time periods in which they were created, drawing connections that deepen understanding of both popular culture and the movements of society. Supporting characters such as Everett K. Ross and T’Challa’s sister Shuri are also considered. From his creation in 1966 by Jack Kirby and Stan Lee up through the character’s recent adventures by Ta-Nehisi Coates and Brian Stelfreeze, more than fifty years of the Black Panther’s history are addressed.” 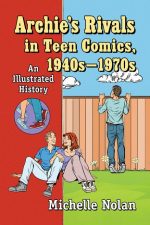 “This is the first book to comprehensively examine the multitude of non-Archie teen humor comic books, including girls and boys such as Patsy Walker, Hedy Wolfe, Buzz Baxter and Wendy Parker from Marvel; Judy Foster, Buzzy, Binky and Scribbly from DC; Candy from Quality Comics; and Hap Hazard from Ace Comics. It covers, often for the first time, the history of the characters, who drew them, why (or why not) they succeeded as rivals for the Archie Series, highlights of both unusual and typical stories and much more. The author provides major plotlines and a history of the development of each series. Much has been written about the Archie characters, but until now very little has been told about most of their many comic book competitors.” 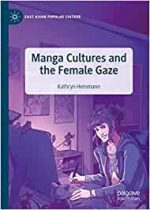 Manga Cultures and the Female Gaze

“The female gaze is used by writers and readers to examine narratives from a perspective that sees women as subjects instead of objects, and the application of a female gaze to male-dominated discourses can open new avenues of interpretation. This book explores how female manga artists have encouraged the female gaze within their work and how female readers have challenged the male gaze pervasive in many forms of popular media. Each of the chapters offers a close reading of influential manga and fancomics to illustrate the female gaze as a mode of resistant reading and creative empowerment. By employing a female gaze, professional and amateur creators are able to shape and interpret texts in a manner that emphasizes the role of female characters while challenging and reconfiguring gendered themes and issues.”