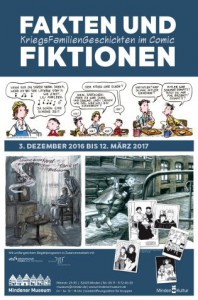 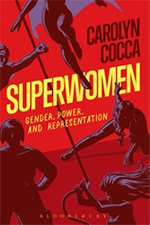 Verlagsseite
Over the last 75 years, superheroes have been portrayed most often as male, heterosexual, white, and able-bodied. Today, a time when many of these characters are billion-dollar global commodities, there are more female superheroes, more queer superheroes, more superheroes of color, and more disabled superheroes–but not many more. Superwomen investigates how and why female superhero characters have become more numerous but are still not-at-all close to parity with their male counterparts; how and why they have become a flashpoint for struggles over gender, sexuality, race, and disability; what has changed over time and why in terms of how these characters have been written, drawn, marketed, purchased, read, and reacted to; and how and why representations of superheroes matter, particularly to historically underrepresented and stereotyped groups. 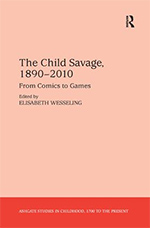 Verlagsseite
Taking up the understudied relationship between the cultural history of childhood and media studies, this volume traces twentieth-century migrations of the child-savage analogy from colonial into postcolonial discourse across a wide range of old and new media. Older and newer media such as films, textbooks, children’s literature, periodicals, comic strips, children’s radio, and toys are deeply implicated in each other through ongoing ‚remediation‘, meaning that they continually mimic, absorb and transform each other’s representational formats, stylistic features, and content. Media theory thus confronts the cultural history of childhood with the challenge of re-thinking change in childhood imaginaries as transformation-through-repetition patterns, rather than as rise-shine-decline sequences. This volume takes up this challenge, demonstrating that one historical epoch may well accommodate diverging childhood repertoires, which are recycled again and again as they are played out across a whole gamut of different media formats in the course of time. 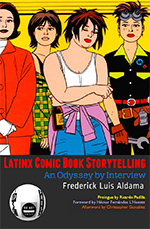 Verlagsseite
The US comic’s scene is evolving-along with the rest of the culture-slowly, sometimes painfully, but inexorably towards a greater diversity of readers & creators, of new styles & stories. This book gives us a series of intimate conversations with several generations of Latin@ cartoonists (diverse themselves in their backgrounds and interests) juggling craft and art with heritage and language. These pioneers have their noses to their drawing boards and tablets but they keep their eyes on the larger significance of their work. In this timely and transformative collection of interviews, Aldama brings to life the stories, achievements, and creative process of 29 Latino-and Latina!-comic book artists. Jettisoned to new heights of exploration, this vertiginous journey opens us to a world of breathtaking visual-verbal creativity and the embrace of a resplendently diverse and eager community of readers. Latino comic book storytelling, its characters, and wondrous world-makings vitally transform, renew, and replenish the comic’s field. They are the revolution-and Aldama’s at the frontlines to capture it all. 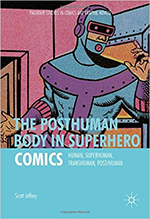 Verlagsseite
This book examines the concepts of Post/Humanism and Transhumanism as depicted in superhero comics. Recent decades have seen mainstream audiences embrace the comic book Superhuman. Meanwhile there has been increasing concern surrounding human enhancement technologies, with the techno-scientific movement of Transhumanism arguing that it is time humans took active control of their evolution. Utilising Deleuze and Guattari’s notion of the rhizome as a non-hierarchical system of knowledge to conceptualize the superhero narrative in terms of its political, social and aesthetic relations to the history of human technological enhancement, this book draws upon a diverse range of texts to explore the way in which the posthuman has been represented in superhero comics, while simultaneously highlighting its shared historical development with Post/Humanist critical theory and the material techno-scientific practices of Transhumanism. 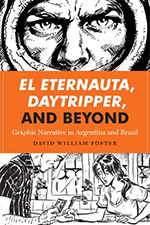 Verlagsseite
El Eternauta, Daytripper, and Beyond examines the graphic narrative tradition in the two South American countries that have produced the medium’s most significant and copious output. Argentine graphic narrative emerged in the 1980s, awakened by Héctor Oesterheld’s groundbreaking 1950s serial El Eternauta. After Oesterheld was “disappeared” under the military dictatorship, El Eternauta became one of the most important cultural texts of turbulent mid-twentieth-century Argentina. Today its story, set in motion by an extraterrestrial invasion of Buenos Aires, is read as a parable foretelling the “invasion” of Argentine society by a murderous tyranny. Because of El Eternauta, graphic narrative became a major platform for the country’s cultural redemocratization. In contrast, Brazil, which returned to democracy in 1985 after decades of dictatorship, produced considerably less analysis of the period of repression in its graphic narratives. In Brazil, serious graphic narratives such as Fábio Moon and Gabriel Bá’s Daytripper, which explores issues of modernity, globalization, and cross-cultural identity, developed only in recent decades, reflecting Brazilian society’s current and ongoing challenges. Besides discussing El Eternauta and Daytripper, David William Foster utilizes case studies of influential works—such as Alberto Breccia and Juan Sasturain’s Perramus series, Angélica Freitas and Odyr Bernardi’s Guadalupe, and others—to compare the role of graphic narratives in the cultures of both countries, highlighting the importance of Argentina and Brazil as anchors of the production of world-class graphic narrative. 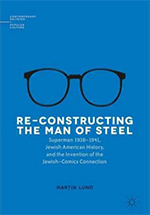 Verlagsseite
In this book, Martin Lund challenges contemporary claims about the original Superman’s supposed Jewishness and offers a critical re-reading of the earliest Superman comics. Engaging in critical dialogue with extant writing on the subject, Lund argues that much of recent popular and scholarly writing on Superman as a Jewish character is a product of the ethnic revival, rather than critical investigations of the past, and as such does not stand up to historical scrutiny. In place of these readings, this book offers a new understanding of the Superman created by Jerry Siegel and Joe Shuster in the mid-1930s, presenting him as an authentically Jewish American character in his own time, for good and ill. 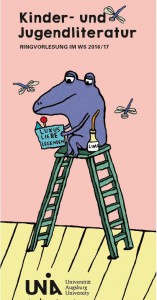 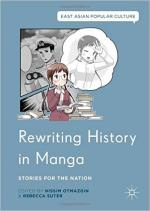 Rewriting History in Manga:
Stories for the Nation

Verlagsseite
This book analyzes the role of manga (Japanese comics) within contemporary Japanese public discourse, and explores its role in propagating new perceptions regarding Japanese history. Through the analysis of a variety of cases studies ranging from nineteenth century magazines to contemporary online comics and fandom, it focuses on the representations and interpretations of history in manga, and clarifies this medium’s interrelation with historical memory and political debate. Stories for the Nation delineates alternative modes of historical memory and expression as they are manifested and contested in manga, and argues for manga’s potential to influence the historical and political views of wide audiences in Japan. 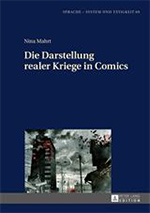 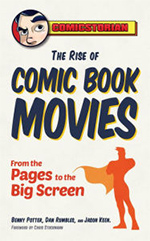 The Rise of Comic Book Movies:
From the Pages to the Big Screen

Verlagsseite
Recent years show a sea change in Hollywood- the biggest movies come from the pages of comic books. These box office successes are driven by fans who love seeing their favorite heroes and villains from comics brought to life on the big screen, from Thor to Superman to Batman and Captain America, Wonder Woman and more. Baddies like Loki, The Joker and Lex Luthor only add to the fun. Welcome to the Golden Age of comic book movies and Comicstorians Benny Potter, Dan Rumbles and Jason Keen are here to help you understand why we these larger-than-life characters have captured the imagination of the world.
When it comes to superheroes of the Silver Screen, nobody knows more than the masterminds behind the wildly popular Comicstorian YouTube channel. This definitive guide to comic book films divulges behind-the-scenes secrets and the hidden history behind these must-see movies including how, after very rocky beginnings, they shot to the top with DC and Marvel as two of the most important franchises in the industry. 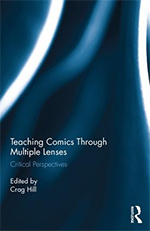 Verlagsseite
Building off the argument that comics succeed as literature—rich, complex narratives filled with compelling characters interrogating the thought-provoking issues of our time—this book argues that comics are an expressive medium whose moves (structural and aesthetic) may be shared by literature, the visual arts, and film, but beyond this are a unique art form possessing qualities these other mediums do not. Drawing from a range of current comics scholarship demonstrating this point, this book explores the unique intelligence/s of comics and how they expand the ways readers engage with the world in ways different than prose, or film, or other visual arts. Written by teachers and scholars of comics for instructors, this book bridges research and pedagogy, providing instructors with models of critical readings around a variety of comics. 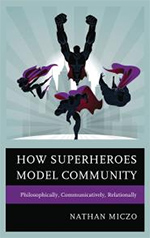 Verlagsseite
From the perspectives of positive psychology and positive communication, superheroes are often depicted as possessing virtues and serving as inspirational exemplars. However, many of the virtues enumerated as characterizing the superhero (e.g., courage, teamwork, creativity) could just as easily be applied to heroes of other genres. To understand what is unique to the superhero genre, How Superheroes Model Community looks not only to the virtues that animate them, but also to the underlying moral framework that gives meaning to those virtues. The key to understanding their character is that often they save strangers, and they do so in the public sphere. The superhero’s moral framework, therefore, must encompass both the motivation to act to benefit others rather than themselves (especially people to whom they have no relational obligation) and to preserve the public sphere against those who would disrupt it. 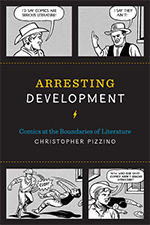 Arresting Development:
Comics at the Boundaries of Literature

Verlagsseite
Mainstream narratives of the graphic novel’s development describe the form’s “coming of age,” its maturation from pulp infancy to literary adulthood. In Arresting Development, Christopher Pizzino questions these established narratives, arguing that the medium’s history of censorship and marginalization endures in the minds of its present-day readers and, crucially, its authors. Comics and their writers remain burdened by the stigma of literary illegitimacy and the struggles for status that marked their earlier history. Many graphic novelists are intensely aware of both the medium’s troubled past and their own tenuous status in contemporary culture. Arresting Development presents case studies of four key works—Frank Miller’s Batman: The Dark Knight Returns, Alison Bechdel’s Fun Home, Charles Burns’s Black Hole, and Gilbert Hernandez’s Love and Rockets—exploring how their authors engage the problem of comics’ cultural standing. Pizzino illuminates the separation of high and low culture, art and pulp, and sophisticated appreciation and vulgar consumption as continual influences that determine the limits of literature, the status of readers, and the value of the very act of reading. 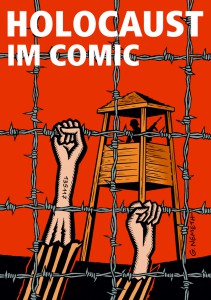