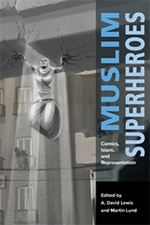 Publisher’s page
The roster of Muslim superheroes in the comic book medium has grown over the years, as has the complexity of their depictions. Muslim Superheroes tracks the initial absence, reluctant inclusion, tokenistic employment, and then nuanced scripting of Islamic protagonists in the American superhero comic book market and beyond. This scholarly anthology investigates the ways in which Muslim superhero characters fulfill, counter, or complicate Western stereotypes and navigate popular audience expectations globally, under the looming threat of Islamophobia. The contributors consider assumptions buried in the very notion of a character who is both a superhero and a Muslim with an interdisciplinary and international focus characteristic of both Islamic studies and comics studies scholarship. Muslim Superheroes investigates both intranational American racial formation and international American geopolitics, juxtaposed with social developments outside U.S. borders. Providing unprecedented depth to the study of Muslim superheroes, this collection analyzes, through a series of close readings and comparative studies, how Muslim and non-Muslim comics creators and critics have produced, reproduced, and represented different conceptions of Islam and Muslimness embodied in the genre characters. 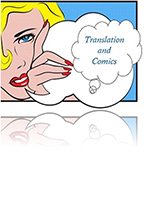 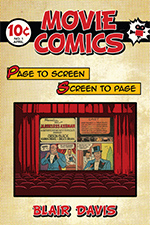 Publisher’s page
Movie Comics is the first book to study the long history of both comics-to-film and film-to-comics adaptations, covering everything from silent films starring Happy Hooligan to sound films and serials featuring Dick Tracy and Superman to comic books starring John Wayne, Gene Autry, Bob Hope, Abbott & Costello, Alan Ladd, and Dean Martin and Jerry Lewis. With a special focus on the Classical Hollywood era, Blair Davis investigates the factors that spurred this media convergence, as the film and comics industries joined forces to expand the reach of their various brands. While analyzing this production history, he also tracks the artistic coevolution of films and comics, considering the many formal elements that each medium adopted and adapted from the other. As it explores our abiding desire to experience the same characters and stories in multiple forms, Movie Comics gives readers a new appreciation for the unique qualities of the illustrated page and the cinematic moving image. 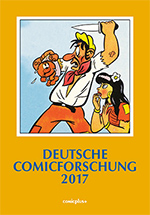 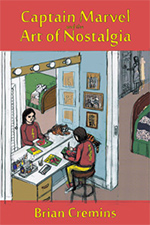 Captain Marvel and the Art of Nostalgia

Publisher’s page
The saga of Captain Marvel is also that of artist C. C. Beck and writer Otto Binder, one of the most innovative and prolific creative teams working during the Golden Age of comics in the United States. While Beck was the technician and meticulous craftsman, Binder contributed the still, human voice at the heart of Billy’s adventures. Later in his career, Beck, like his friend and colleague Will Eisner, developed a theory of comic art expressed in numerous articles, essays, and interviews. A decade after Fawcett Publications settled a copyright infringement lawsuit with Superman’s publisher, Beck and Binder became legendary, celebrated figures in comic book fandom of the 1960s. What Beck, Binder, and their readers share in common is a fascination with nostalgia, which has shaped the history of comics and comics scholarship in the United States. Billy Batson’s America, with its cartoon villains and talking tigers, remains a living archive of childhood memories, so precious but elusive, as strange and mysterious as the boy’s first visit to the subway tunnel. Taking cues from Beck’s theories of art and from the growing field of memory studies, Captain Marvel and the Art of Nostalgia explains why we read comics and, more significantly, how we remember them and the America that dreamed them up in the first place. 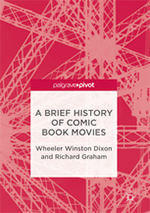 Publisher’s page
A Brief History of Comic Book Movies traces the meteoric rise of the hybrid art form of the comic book film. These films trace their origins back to the early 1940s, when the first Batman and Superman serials were made. The serials, and later television shows in the 1950s and 60s, were for the most part designed for children. But today, with the continuing rise of Comic-Con, they seem to be more a part of the mainstream than ever, appealing to adults as well as younger fans. This book examines comic book movies from the past and present, exploring how these films shaped American culture from the post-World War II era to the present day, and how they adapted to the changing tastes and mores of succeeding generations.