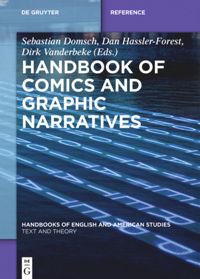 Today we announce a publication that has the potential to quickly become a standard work in the field of comics studies: the Handbook of Comics and Graphic Narratives, published by De Gruyter. Edited by Sebastian Domsch, Dan Hassler-Forest and ComFor member Dirk Vanderbeke, this handbook unites a variety of critical approaches, historical contexts, and close readings. We are particularly happy that there are several ComFor members among the contributors to this unique volume.

“Whether one describes them as sequential art, graphic narratives or graphic novels, comics have become a vital part of contemporary culture. Their range of expression contains a tremendous variety of forms, genres and modes − from high to low, from serial entertainment for children to complex works of art. This has led to a growing interest in comics as a field of scholarly analysis, as comics studies has established itself as a major branch of criticism. This handbook combines a systematic survey of theories and concepts developed in the field alongside an overview of the most important contexts and themes and a wealth of close readings of seminal works and authors. It will prove to be an indispensable handbook for a large readership, ranging from researchers and instructors to students and anyone else with a general interest in this fascinating medium.” 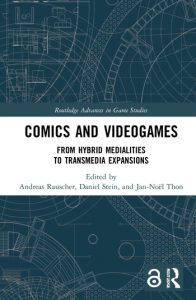 In 2021, the Society for Comics Studies (ComFor) and the Committee for Comics Studies at the German Society for Media Studies (GfM), will award the Martin Schüwer Publication Prize for Excellence in Comics Studies for the third time. Since 2019, the prize has been awarded annually. It promotes the work of emerging scholars, i.e. researchers who, regardless of their actual age, do not yet hold a permanent academic position as tenured faculty. Honoring outstanding publications in the interdisciplinary field of comics studies, the Martin Schüwer Publication Prize aims to create more visibility for comics-related research, promoting and communicating its importance to a wider public.

The prize is named after the late Martin Schüwer, a scholar of English Literature and Culture who specialized in comics studies and who, very unfortunately, died at a far too early age in 2013. His dissertation Wie Comics erzählen (2006) has opened up new ground for narratological comics research and has become a standard work in German-language comics studies. With this and his other works on comics as well as on the didactics of English literature, Martin Schüwer has set valuable standards regarding the excellence, accessibility and range that publications in our fields can achieve. Both as a comics researcher and as a person, Schüwer had a distinct way of talking to people, characterized by his open-mindedness and a genuine interest in others. Talking to and with others, he aimed to advance comics studies. We dedicate the award to him and this very goal.

Papers nominated for the Martin Schüwer Prize 2021 must have been published between January 1, 2019 and December 31, 2020, in either German or English. Texts that are still forthcoming or only accepted for publication cannot be considered. Papers can only be submitted once. Entire monographs as well as unpublished work from dissertational research are also excluded from submission. Editors of collective volumes or journal issues cannot be nominated; however, nomination of individual contributions to these collections/issues are very welcome.

To nominate yourself or others, please submit the nominated text and a short explanatory statement (300-500 words). Self-nominations are possible and welcome. The deadline for all submissions is March 31, 2021. Please send your nomination as a single pdf to schuewer-preis@comicgesellschaft.de.

The award ceremony will take place during the annual conference of the Society for Comics Studies (autumn 2021). The awardee will be asked to give a lecture and introduce their research during the conference. They will also be invited to serve as a member of the jury in the following year and will receive a prize money of 500.00 €. In addition, the German Society for Media Studies (GfM) will free them from any membership fee for one year. 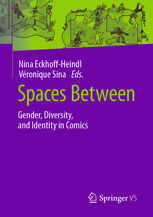 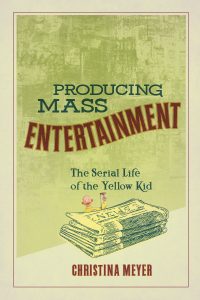 We return a few days earlier  from our summer break on the occasion of the announcement of the laureate of the Martin-Schüwer Prize 2019. The prize is a joint venture of the ComFor and the Committee for Comic Studies (AG Comicforschung) of the German Society of Media Studies (GfM) and is this year awarded for the first time. Among a total of 14 submissions from the field of interdisciplinary comics studies, it was the contribution of Dorothee Schneider (now Dorothee Marx), “The ‘Affected Scholar’. Reading Raina Telgemeier’s Ghosts as a Disability Scholar and Cystic Fibrosis-Patient”, that stood out the most, earning her the first Martin Schüwer Prize for Excellence in Comics Studies! The essay was published in Closure 5 (2018).

The official award ceremony will take place on 09 November, 2019, as part of the Annual ComFor Conference 2019 where  Dorothee Marx is going to hold a special lecture entitled “Approaching Ghosts – Creating affected scholarship”.

We congratulate the laureate Dorothee Marx as well as the shortlisted authors Nina Eckhoff-Heindl and Lukas Etter on their outstanding contributions!

As in previous years, the editorial team of the Society for Comics Studies (ComFor) will take a brief holiday break. We wish a Happy New Year to all of our friends and members and hope that 2019 will be a successful year full of exciting reading experiences for all of us. We will be back on 7 January 2019 with regular news on comics studies. As usual, we will begin the new year with some reading recommendations by our ComFor members.

Recently, two new publication series on comics studies have been announced by their respective editors:

Wilfried Laurier University Press is currently preparing the series Crossing the Lines: Transcultural/Transnational Comics Studies, edited by Barbara Postema, Candida Rifkind and Nhora Lucía Serrano. This interdisciplinary publication series will focus on contemporary research that unites comics studies with impulses from the fields of gender studies, art history and visual studies as well as postcolonial and Diaspora studies. Further information and contact addresses can be found in the flyer. –> see flyer

Routledge is planning to release the series Routledge Focus on Gender, Sexuality, and Comics Studies, edited by Frederik Byrn Køhlert. This series will collect contributions from the fields of gender and sexuality studies that engage with comics and similar formats as well as their consumption. Further information and contact addresses can be found in the flyer. –> see flyer

The editors call for submissions of relevant publications. Please see the flyers for further information.