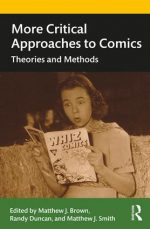 “In this comprehensive textbook, editors Matthew J. Brown, Randy Duncan, and Matthew J. Smith offer students a deeper understanding of the artistic and cultural significance of comic books and graphic novels by introducing key theories and critical methods for analyzing comics.
Each chapter explains and then demonstrates a critical method or approach, which students can then apply to interrogate and critique the meanings and forms of comic books, graphic novels, and other sequential art. Contributors introduce a wide range of critical perspectives on comics, including disability studies, parasocial relationships, scientific humanities, queer theory, linguistics, critical geography, philosophical aesthetics, historiography, and much more.
As a companion to the acclaimed Critical Approaches to Comics: Theories and Methods, this second volume features 19 fresh perspectives and serves as a stand-alone textbook in its own right. More Critical Approaches to Comics is a compelling classroom or research text for students and scholars interested in Comics Studies, Critical Theory, the Humanities, and beyond.” 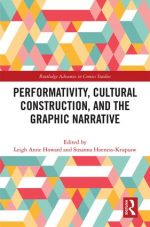 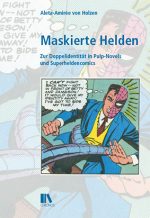 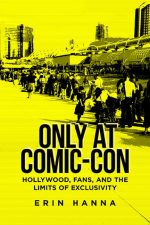 Only at Comic-Con: Hollywood, Fans, and the Limits of Exclusivity

“When the San Diego Comic-Con was founded in 1970, it provided an exclusive space where fans, dealers, collectors, and industry professionals could come together to celebrate their love of comics and popular culture. In the decades since, Comic-Con has grown in size and scope, attracting hundreds of thousands of fans each summer and increased attention from the media industries, especially Hollywood, which uses the convention’s exclusivity to spread promotional hype far and wide. What made the San Diego Comic-Con a Hollywood destination? How does the industry’s presence at Comic-Con shape our ideas about what it means to be a fan? And what can this single event tell us about the relationship between media industries and their fans, past and present? Only at Comic-Con answers these questions and more as it examines the connection between exclusivity and the proliferation of media industry promotion at the longest-running comic convention in North America.” 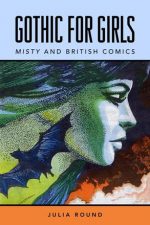 “Today fans still remember and love the British girls’ comic Misty for its bold visuals and narrative complexities. Yet its unique history has drawn little critical attention. Bridging this scholarly gap, Julia Round presents a comprehensive cultural history and detailed discussion of the comic, preserving both the inception and development of this important publication as well as its stories.
Misty ran for 101 issues as a stand-alone publication between 1978 and 1980 and then four more years as part of Tammy. It was a hugely successful anthology comic containing one-shot and serialized stories of supernatural horror and fantasy aimed at girls and young women and featuring work by writers and artists who dominated British comics such as Pat Mills, Malcolm Shaw, and John Armstrong, as well as celebrated European artists. To this day, Misty remains notable for its daring and sophisticated stories, strong female characters, innovative page layouts, and big visuals.
In the first book on this topic, Round closely analyzes Misty’s content, including its creation and production, its cultural and historical context, key influences, and the comic itself. Largely based on Round’s own archival research, the study also draws on interviews with many of the key creators involved in this comic, including Pat Mills, Wilf Prigmore, and its art editorial team Jack Cunningham and Ted Andrews, who have never previously spoken about their work. Richly illustrated with previously unpublished photos, scripts, and letters, this book uses Misty as a lens to explore the use of Gothic themes and symbols in girls’ comics and other media. It surveys existing work on childhood and Gothic and offers a working definition of Gothic for Girls, a subgenre which challenges and instructs readers in a number of ways.”