In less than two and a half months, ComFor’s Annual Conference 2018 will take place at the University of Cologne on the topic “Spaces Between – Gender, Diversity and Identity in Comics”. At the same time one can visit the exhibition “SuperQueeroes. Unsere LGBTI*-Comic-Held_innen”, which was designed in 2016 by the Schwules Museum Berlin and shown with great success. For the first time, queer comic heroes of various kinds were thematized in the German museum world. As part of the ComFor annual conference, the exhibition was brought to Cologne under the organization of Christine Gundermann and reworked for the university by students as part of a seminar. The exhibition can be visited from 11 July to September 20 in the foyer of the Philosophikum of the University of Cologne. Vernissage is on the 11th of July from 12 o’clock, opening with a talk by and about comic artist Ralf König . Subsequently, the exhibition will be opened by Dr. Kevin Clarke, curator of the Schwules Museum Berlin.

The organizers of the conference, Véronique Sina and Nina Heindl, have now also published digital program flyers in German and English (design: Julia Eckel), which not only provide quick overviews of the topics and the schedule of the conference, but – with motifs by artist Aisha Franz – also turned out to be very appealing: 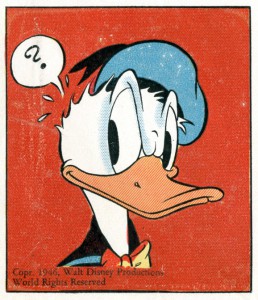 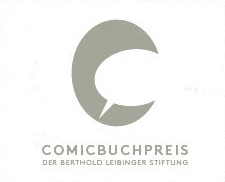 Pleae note that this article is only available in German. 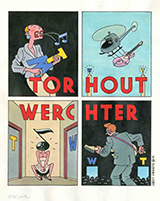