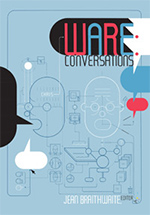 Verlagsseite
Like Art Spiegelman or Alison Bechdel, Ware stands out as an important crossover artist who has made the wider public aware of comics as literature. His regular New Yorker covers give him a central place in our national cultural conversation. Editor Jean Braithwaite compiles interviews displaying both Ware’s erudition and his quirky self-deprecation. They span Ware’s career from 1993 to 2015, creating a time-lapse portrait of the artist as he matures. Several of the earliest talks are reprinted from zines now extremely difficult to locate. Braithwaite has selected the best broadcasts and podcasts featuring the interview-shy Ware for this volume, including new transcriptions. An interview with Marnie Ware from 2000 makes for a delightful change of pace, as she offers a generous, supremely lucid attitude toward her husband and his work. Candidly and humorously, she considers married life with a genius in the house. Brand-new interviews with both Chris and Marnie Ware conclude the volume. 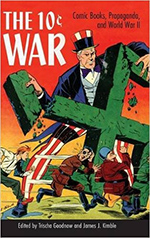 Verlagsseite
The Allied victory in World War II relied on far more than courageous soldiers. Americans on the home front constantly supported the war effort in the form of factory work, war bond purchases, salvage drives, and morale-rallying efforts. Motivating these men, women, and children to keep doing their bit during the war was among the conflict’s most urgent tasks. One of the most overlooked aspects of these efforts involved a surprising initiative―comic book propaganda. The 10 Cent War presents a riveting analysis of how different types of comic books and comic book characters supplied reasons and means to support the war effort. The contributors demonstrate that, free of government control, these appeals produced this overall imperative. The book discusses the role of such major characters as Superman, Wonder Woman, and Uncle Sam along with a host of such minor characters as kid gangs and superhero sidekicks. It even considers novelty and small presses, providing a well-rounded look at the many ways that comic books served as popular propaganda. 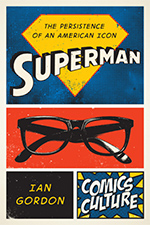 Verlagsseite
After debuting in 1938, Superman soon became an American icon. But why has he maintained his iconic status for nearly 80 years? And how can he still be an American icon when the country itself has undergone so much change? Superman: Persistence of an American Icon examines the many iterations of the character in comic books, comic strips, radio series, movie serials, feature films, television shows, animation, toys, and collectibles over the past eight decades. Demonstrating how Superman’s iconic popularity cannot be attributed to any single creator or text, comics expert Ian Gordon embarks on a deeper consideration of cultural mythmaking as a collective and dynamic process. He also outlines the often contentious relationships between the various parties who have contributed to the Superman mythos, including corporate executives, comics writers, artists, nostalgic commentators, and collectors. 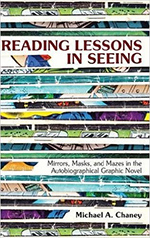 Verlagsseite
Literary scholar Michael A. Chaney examines graphic novels to illustrate that in form and function they inform readers on how they ought to be read. His arguments result in an innovative analysis of the various knowledges that comics produce and the methods artists and writers employ to convey them. Theoretically eclectic, this study attends to the lessons taught by both the form and content of today’s most celebrated graphic novels. Chaney analyzes the embedded lessons in comics and graphic novels through the form’s central tropes: the iconic child storyteller and the inherent childishness of comics in American culture; the use of mirrors and masks as ciphers of the unconscious; embedded puzzles and games in otherwise story-driven comic narratives; and the form’s self-re exive propensity for showing its work. Comics reveal the labor that goes into producing them, embedding lessons on how to read the „work“ as a whole. 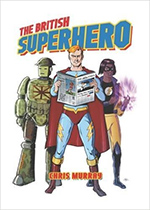 Verlagsseite
Chris Murray reveals the largely unknown and rather surprising history of the British superhero. It is often thought that Britain did not have its own superheroes, yet Murray demonstrates that there were a great many in Britain and that they were often used as a way to comment on the relationship between Britain and America. Sometimes they emulated the style of American comics, but they also frequently became sites of resistance to perceived American political and cultural hegemony, drawing upon satire and parody as a means of critique. Murray illustrates that the superhero genre is a blend of several influences and that in British comics, these influences are quite different from those in America, resulting in some contrasting approaches to the figure of the superhero. He identifies the origins of the superhero and supervillain in nineteenth-century popular culture such as the penny dreadfuls and boy’s weeklies and in science fiction writing of the 1920s and 1930s. From the emergence of British superheroes in the 1940s, the advent of „fake“ American comics, and the reformatting of reprinted material to the British Invasion of the 1980s, and the pivotal roles in American superhero comics and film production held by British artists today, this book will challenge views about British superheroes and the comics‘ creators who fashioned them. 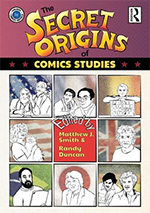 Verlagsseite
In The Secret Origins of Comics Studies, today’s leading comics scholars turn back a page to reveal the founding figures dedicated to understanding comics art. Edited by comics scholars Matthew J. Smith and Randy Duncan, this collection provides an in-depth study of the individuals and institutions that have created and shaped the field of Comics Studies over the past 75 years. From Coulton Waugh to Wolfgang Fuchs, these influential historians, educators, and theorists produced the foundational work and built the institutions that inspired the recent surge in scholarly work in this dynamic, interdisciplinary field. Sometimes scorned, often underappreciated, these visionaries established a path followed by subsequent generations of scholars in literary studies, communication, art history, the social sciences, and more. Giving not only credit where credit is due, this volume both offers an authoritative account of the history of Comics Studies and also helps move the field forward by being a valuable resource for creating graduate student reading lists and the first stop for anyone writing a comics-related literature review.